As the mother, I get the distinct pleasure of handling the Christmas shopping for everyone. No one offered me this position as the CEO of the family with any fanfare, it was simply assumed. It reminds me of a conversation with my husband the other night when he failed to think that packing our kids for a sleepover was something he could do. He asked me how he could help and I said, “You could pack the kids,” to which he replied, “Of course. I can’t believe I didn’t think of that myself.” I then said to him, “Why didn’t you think of that? It’s like common sense to me,” and he said something brutally honest to me: “I don’t have to think of those things because you always do.”

It hit me then that despite the fact that I’m married to a man a million times more helpful than so many men in the world; a man who never hesitates to bathe the kids, make their dinner, do a load of laundry or make the bed, or take the kids to do the grocery shopping with him, I’m hindering him by assuming roles are mine. By dictating what I’d like him to do, I’ve assumed the role of ruler of the house (not that I hate this) and he has assumed the role of being helpful by asking what he can do instead of just doing things. Christmas shopping is one of those things; and that leads me to the point of this little story. Moms know all about Christmas shopping; and I’ll tell you what we know about Christmas shopping. Here are the things only moms know about the race that is known as Christmas shopping. 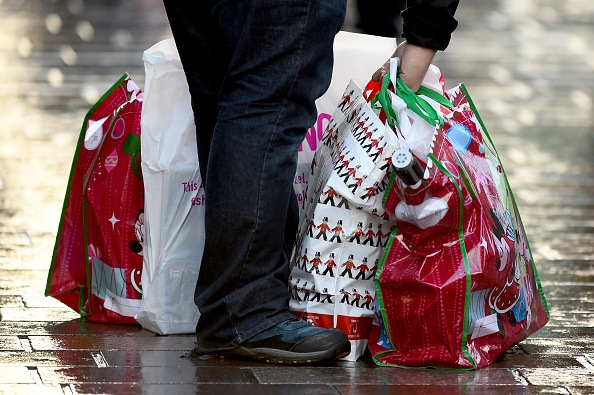 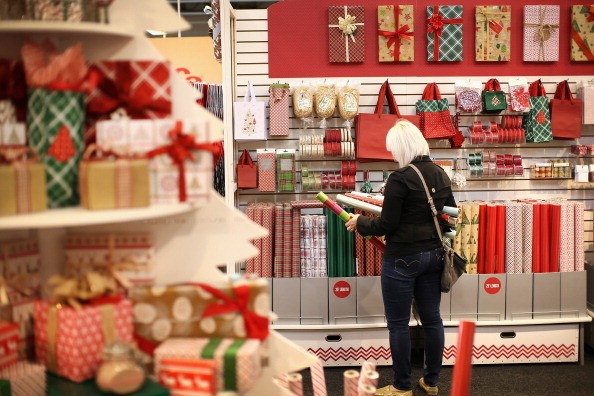 And boy does he stress about that one. My husband tells me how impossible it is to shop for me all the time. How stressed he is trying to find me gifts. Honey, I have 78 people on my list and you have one. Why not complain a little bit more that I bought those Tory Burch riding boots for myself on Black Friday and now you cannot think of “one single thing,” that I might like. Little blue boxes, handbags, anything that I can drink that the kids cannot, travel, shoes, clothes, gift cards, diamonds, pretty things, a spa day. I’m the easiest person to shop for, babe. 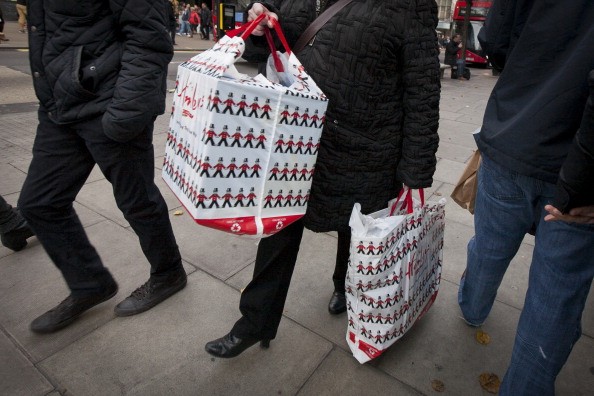 Late Thanksgiving is a You-Know-What

When Thanksgiving was the 23rd, 24th-ish in past years, we had a long time to deal with Christmas shopping. Now that it’s all on the 26th-27th the past few years, it makes Christmas arrive a lot faster. A lot faster. I mean; I can’t even handle that three to four days less I have to shop for the 78 people on my list. Dads; they don’t care. They’re still going to order stuff a week before, pay for overnight shipping and then reward themselves for being so on track. 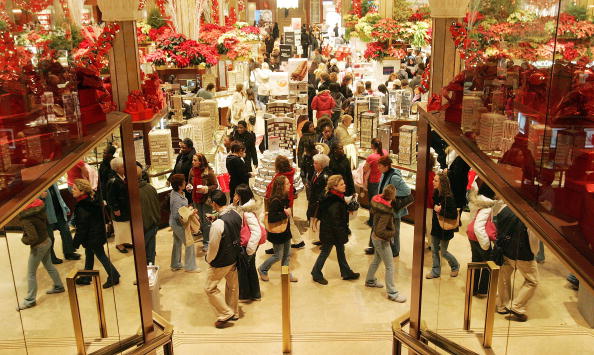 Every year I buy that one item that my kids want the most. It’s always the “Santa” gift, and it’s always the most expensive and the most ridiculous. It’s usually a gift that costs hundreds of dollars – and I have four kids that all get an expensive Santa item – and I feel that good, happy feeling that they are going to love it. There is no other feeling like that feeling. 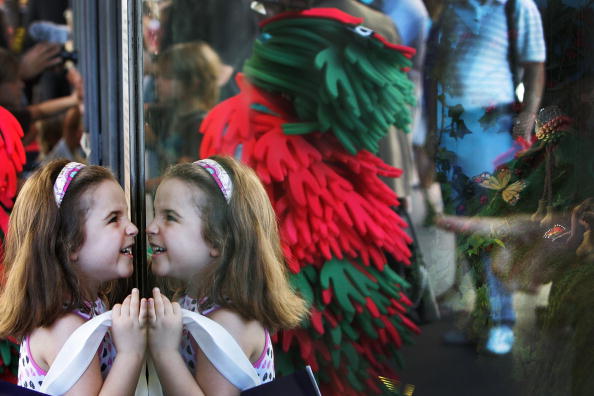 That Feeling when Your Kids Tell Santa they Want Something Else

Did I just say something about there being no feeling at all like the excited anticipation of your kids opening that one gift that is the most amazing? Yeah, how about that feeling you get when you buy that item, you are so super excited and then your kid tells Santa she wants something you’ve never, ever heard of ever in your entire life. There really is no other feeling like that one. No; wait. That feeling is called rage. 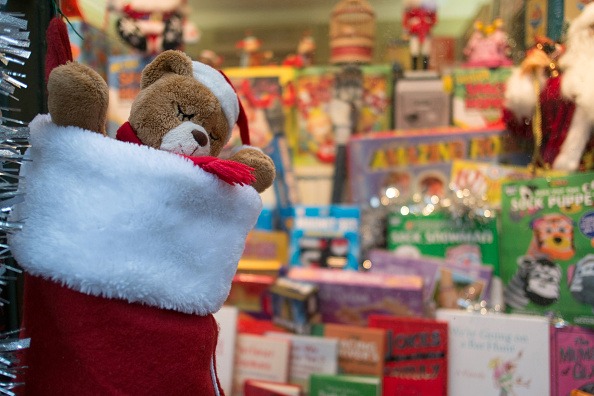 I’m not going to lie; I’m someone who goes grossly overboard at Christmas and spends more than even I am comfortable admitting. I will also tell you that I have already purchased 150 gift tags and used them all, now I’m reduced to writing names on packaging because I refuse to fight people in the store for gift tags. I spend a lot of money, and every year I say I will not. Moms know that Christmas budgets are non-existent. I read an article recently that states the average family spends round $700 total on Christmas. I call BS on that one because I spent more than that on one of my husband’s gifts. 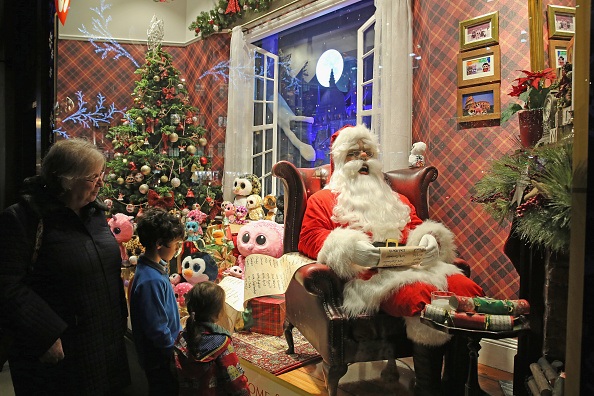 That one time you photocopied your kids’ gift lists at the request of both sets of grandparents and ended up with 3 singing Elsa dolls, three doll houses and three of everything else. Crap; now you have to micromanage their gift lists and make sure no one is getting the same thing for the kids. Why? Because then you have to take them all back; and holy hell. 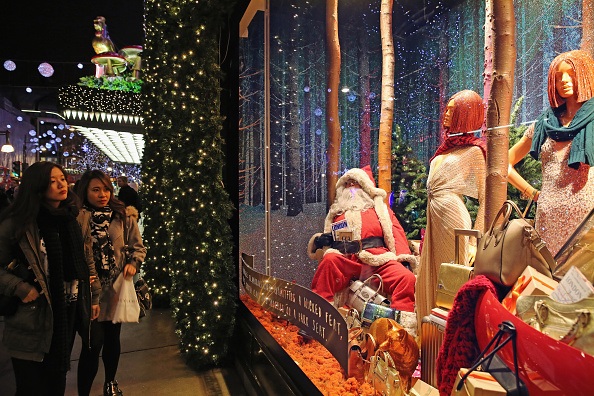 When Your Husband Joins You

I love that one night a year when my husband and I get a date night to Christmas shop alone. I love it, but I hate it. I love it because I am almost done with everyone and he is loading up carts with things he wants to get the kids that are not a good idea (small pieces the twins can get into, now one kid has twice as many gifts as another…blah blah blah). It’s a long deal and it’s not a good one. 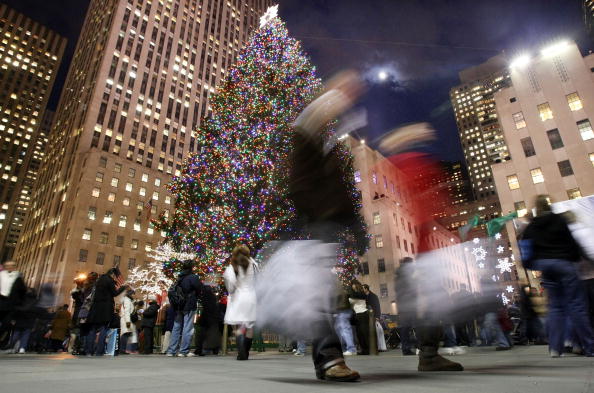 Kill me now. Why do malls not all use a valet system? I mean, I refuse to shop at a location without a valet. I will not do it. I simply will not do it. It’s a mess. There are people cutting people off, stalking you. I never know if that mom in the minivan following me down the aisle as I head back to my car wants to grab me and run or just take my parking spot. It’s creepy and crazy. 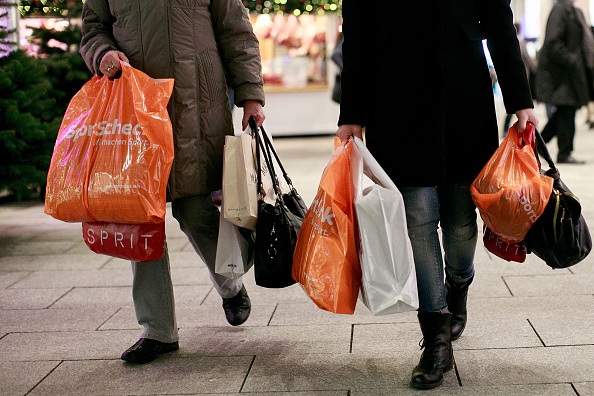 Sometimes all I need is wipes for my kids. Sometimes that is literally all I need in the entire world. And that doesn’t matter because I will stand in line behind that person buying all the things in the store. There is one aisle open and every person is doing their Christmas shopping and I’m over here like, “I just need wipes,” for two hours. 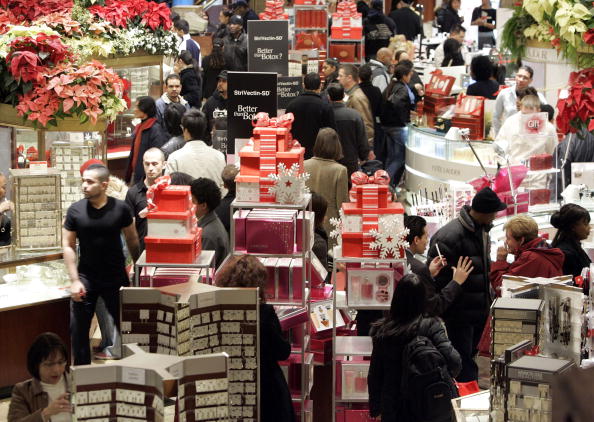 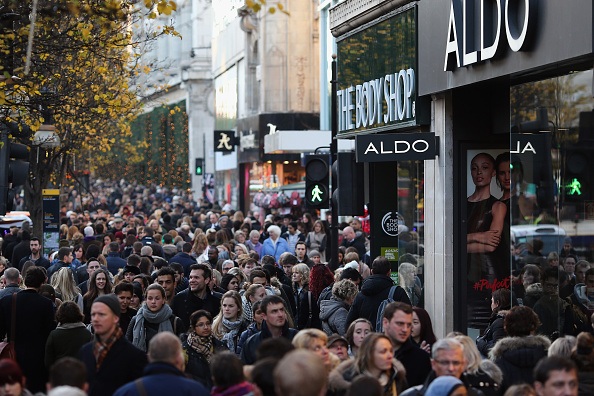 At some point as you wake up finally feeling pretty good about being finished with everyone on your list on Christmas Eve, you will suddenly remember that you forgot someone. You will then have to go out and buy that person something on the one day you literally have no more time at all, and you will not be able to avoid it. You will hate yourself, berate yourself and wonder fleetingly if that person is worth losing a relationship with in the coming year over standing in lines with everyone else in the world on Christmas Eve. 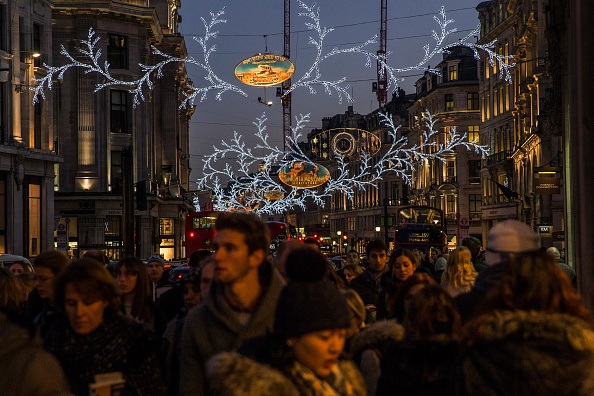 I love that moment when I finally realize that I’m done with all my Christmas shopping only to realize that I am not. Because guess what I forgot? I forgot the other list. The list with the stuff that we need most on Christmas day; like champagne and orange juice. Oh, and a turkey and all that stuff to feed the entire family that’s coming over to visit. Yeah, that list. 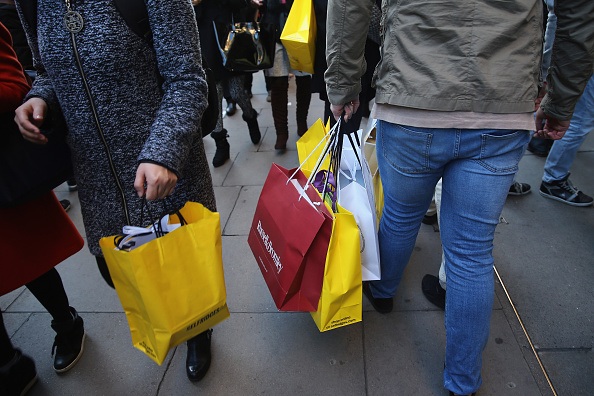 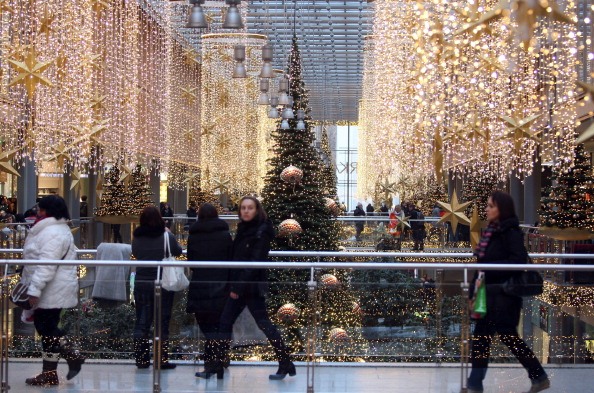 That one receipt you lost, threw away or forgot to get out of the bag is the one that is the most needed. It is the one item that you need to return. It’s always for someone else, too. That makes it the most annoying item under the tree. 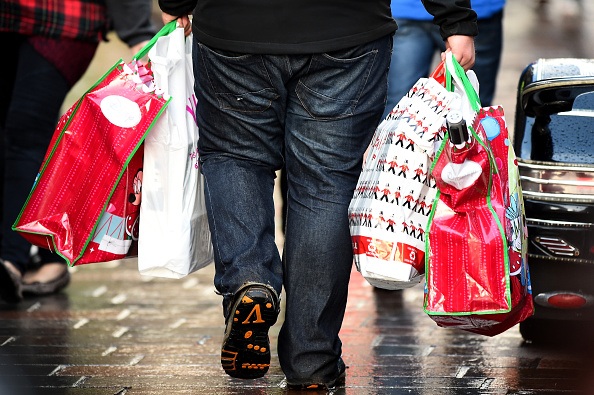 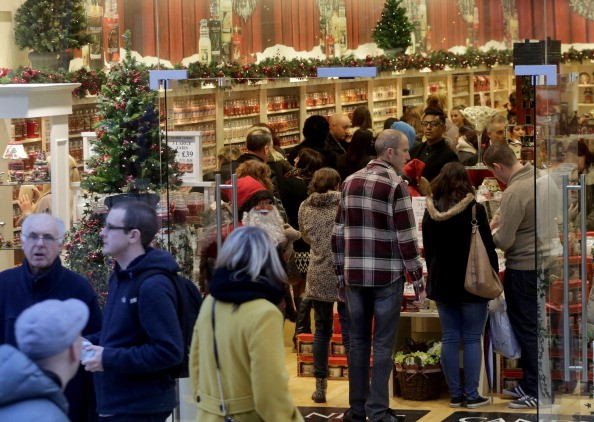 I will not buy my kids anything that looks as if we cannot get into it because it’s wrapped up tighter than Fort Knox. I’ll buy that stuff for other kids whose parents have to deal with that issue; but not for my kids. I hate difficult packaging, but it seems that every single thing you buy anymore has it. What a pain. 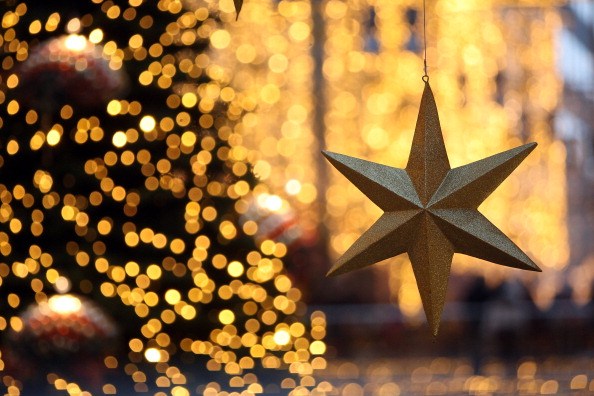 If one more person asks me for my phone number when I check out of a store, I might punch them right in the face. I mean; square in the face. Seriously, if I have to tell you one more time that you already have my phone number, my email address, my physical address and the names of all my kids and my first born, I will seriously hate you. 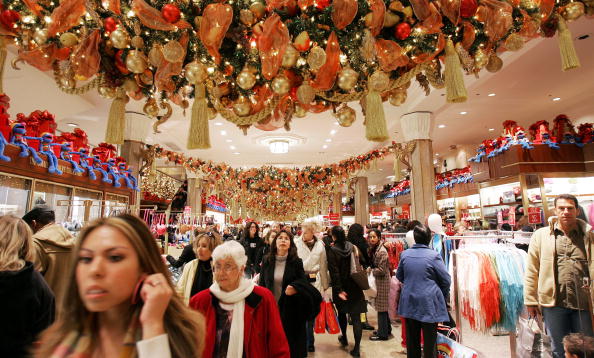 Nothing is more annoying that the salesperson that just wants to stand there and talk to you like you have nothing better to do with your time when you pop out for a moment on your kids’ last day of school to pick up just a few more things with your 1-year-old twins in tow and everyone wants to stand around and talk to you like you didn’t just stand in line for a half hour waiting for someone to scan items faster while the kids begin to fuss because they’re tired, hungry and over people asking you 100 times if they’re twins. Just shut it, scan it and get me the heck home. 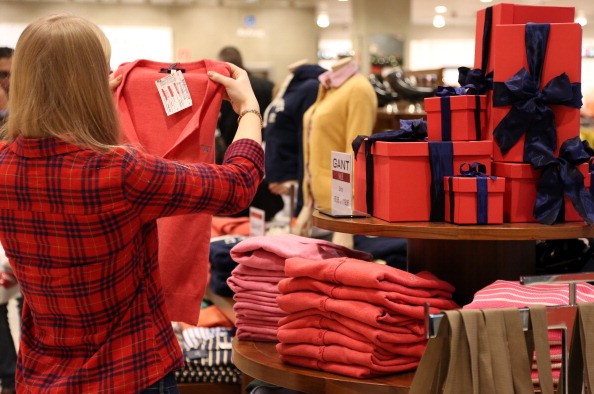 You’ll Miss it When it’s Over

It’s really something you will miss when it’s over. There is, no matter how much we hate it, something so profoundly fun about shopping with Christmas music playing for the things that your kids want the most, imagining how happy they will be and how much this season makes you feel as if the world is all right in every way. I always complain, and I always miss it when it’s over.